Jesus Christ, so its been a crazy week. Last post was right before the Kickstarter was launched and wow, what an insane response. Funded in under four hours, new stretch goals knocked out each day, I seriously have been in a state of shock. So where should I begin?

One thing I didn't really expect was the SPEED of everything to happen. I thought I would launch, have to update it like once a week, and move on my merry way working on the zine. But instead, each goal we hit adds an additional workload to get done, as well as cranking out a new update every day. It's a good thing I quit bartending so I can get this zine out because if I had to work at a crappy theater bar every night, I don't know if my sanity could take the Kickstarter on top of that.

Still, it has been a wonderful time so far, and I have never enjoyed my work more than now. Seeing that people not only like my work, but like it so much that they would help me make it a reality? There's nothing like that feeling. My family, friends, and patrons have really given me the inspiration to follow my passion and write RPGs, no matter how dumb that may be. But that's enough about me. Lets cover some trait rules.

Each player character or NPC DIRECTLY related to a PC has three traits. One is their racial trait, a special major physical difference that they have over other humans. This can be a set of gills, cold resistant skin, or maybe that they can only eat meat. This is intended to push players to diversify their civilization, cause drama with racial boundaries, and possibly split off into separate nations each of their own political alignment.

Then there are standard traits. These are deliberately esoteric in name (and in the case of the cards, esoteric in art). Some examples:
Are these literal? Does your character really have frog legs and black eyes? Maybe, thats up to the DM and players to decide. It could be just strong leg muscles, or your eyes can see a different spectrum of light. Thats another duality of Kingdoms, a visage of the supernatural that is open to reader's interpretation. Of course, there's also more simple genetic traits such as 'Ambidextrous' that have clear cut real world appearances. 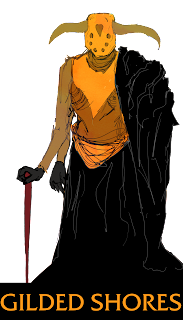 Regardless of interpretation, important characters can have two standard traits. NPCs not related to any player instead only have one and maybe a racial trait if their blood isn't mixed yet. How trait genetics works is you take your two cards and the NPC's card, place them in a pile or another friend's hand, and mix them up. You then draw two and that is your child's traits. This is the use of the cards, it makes the whole process much more ritualistic, physical, and simple. Without the cards, there are a few different ways to do this process listed in the book so don't fret.

Of course this is all very much a work in progress. There are other small things such as negative traits floating around the deck, and a possible system of 'Lifestyle' traits that I am forgoing for the newly unlocked Gilded Shores expansion. There's a lot to improve and build upon in Kingdoms and I hope this look into the traits further brightened your imagination.

Have a good one, and remember, 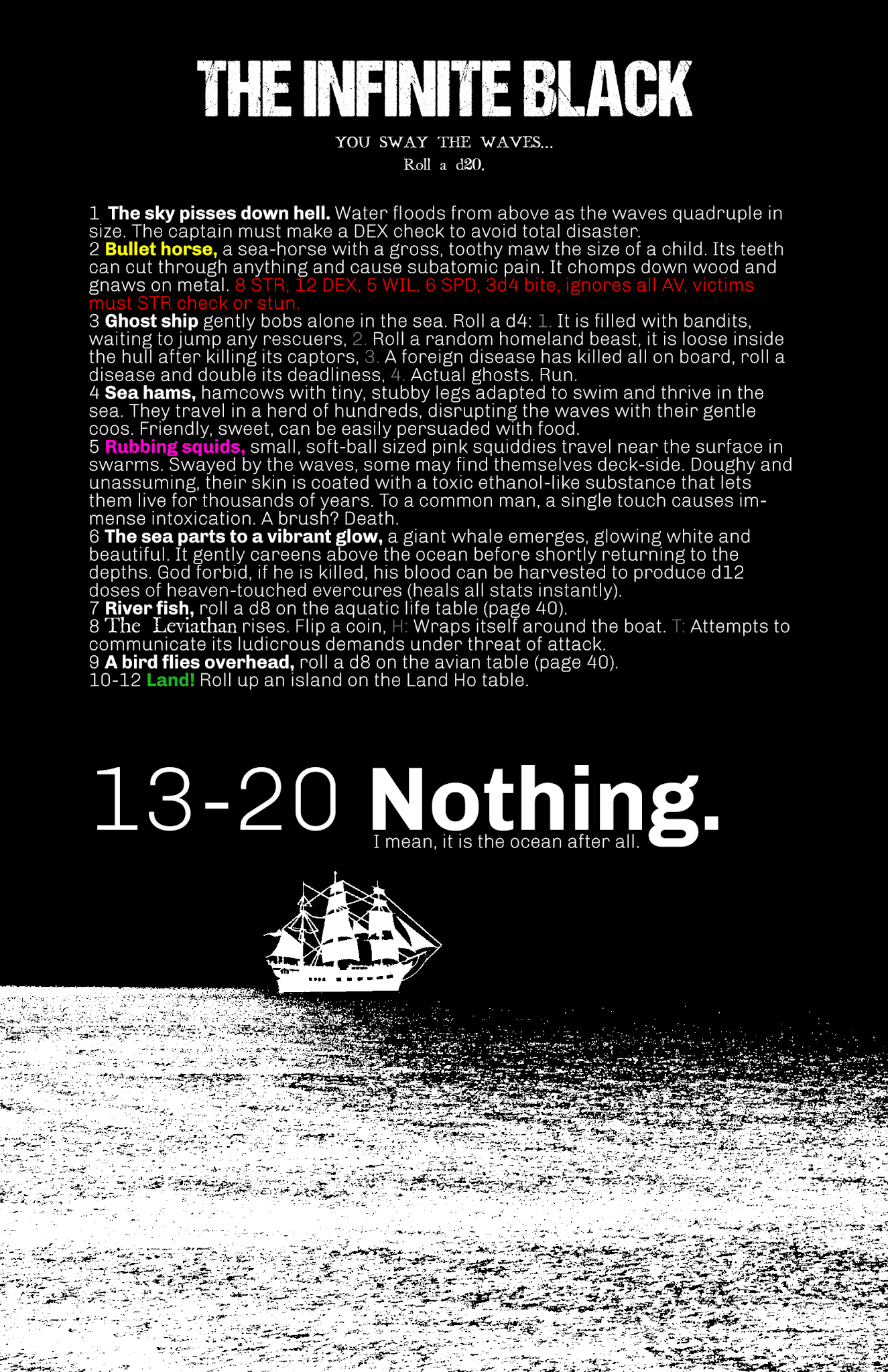 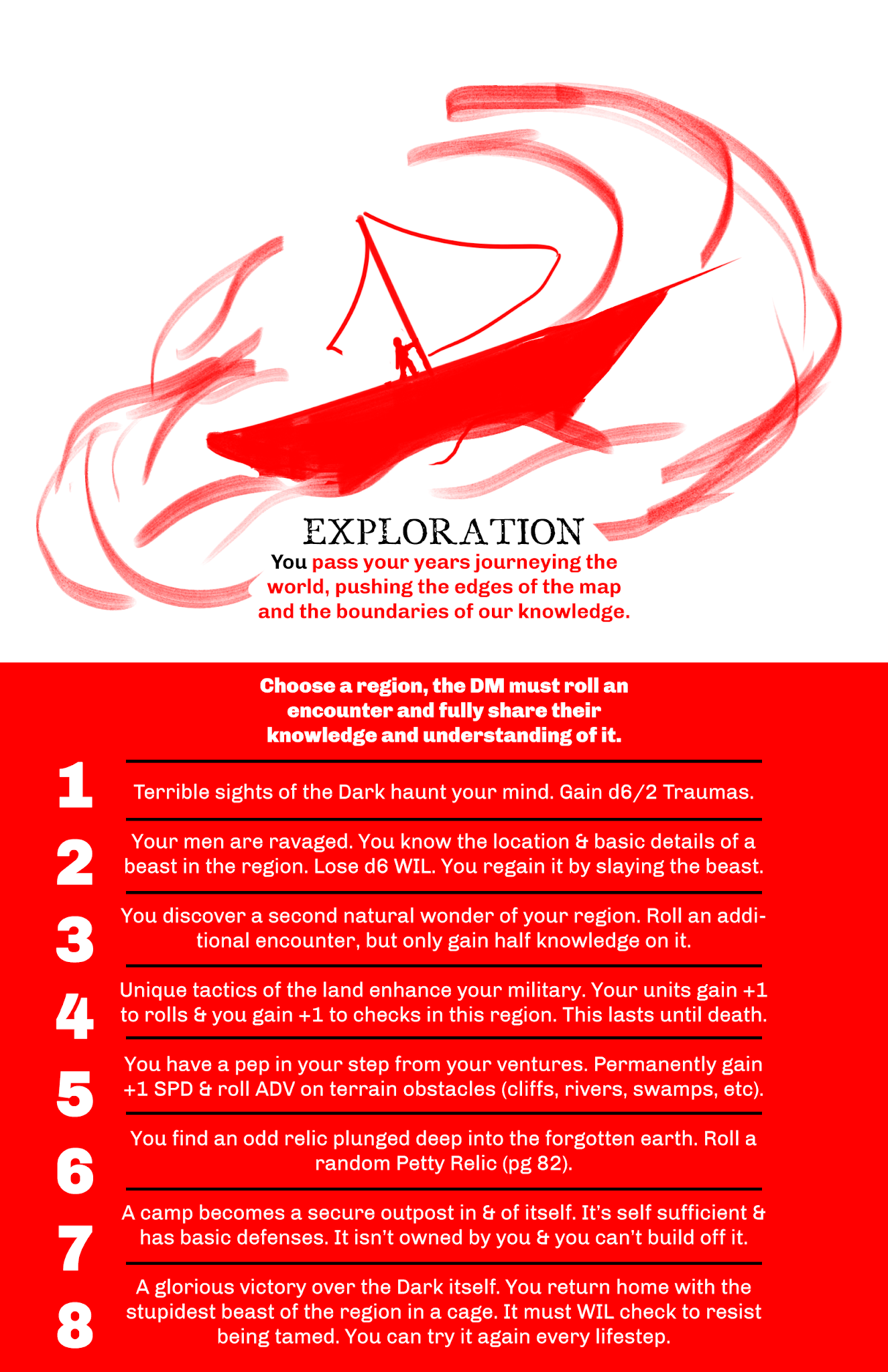